END_OF_DOCUMENT_TOKEN_TO_BE_REPLACED

So Japanese is remaking of hit Korean Drama 《War of money》 and it has just released trailer recently. First, I’m not going to talk about the appearance or acting of actors and actress.

Well, about the look are pretty alike, expression of eyes are quite same. The most interesting of this drama is this part, Park Shin Yang is totally good and hard working in acting when made Geum Nara becomes poor, dirty,.etc. But when I look at Japanese version, I think it doesn’t good enough.

END_OF_DOCUMENT_TOKEN_TO_BE_REPLACED

Links for all movies 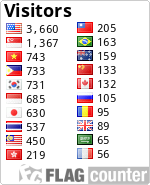